I'm John Meaney, and I write science fiction, fantasy and thrillers. Welcome to my virtual home! Pull up a chair, and let's catch up on what's happening.
OUT NOW: CONCURRENT EXECUTION 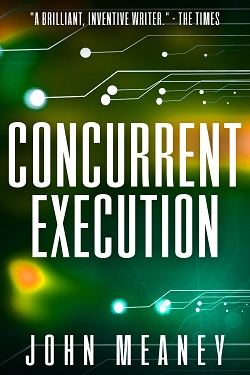 From award-winning author John Meaney comes another exciting thriller set in the interzone between physical and cyber action.
Case and Kat work the deadliest missions for IACS. But when Case becomes a target and his own agency's systems are compromised, how can he and Kat prevent a deadly series of attacks? Preferably without dying in the process. 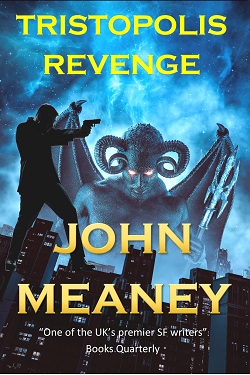 Tristopolis has faced eldritch dangers before, with resurrected cop-turned-PI Donal Riordan at the forefront of keeping his city safe – but this time it's the ones he loves who face the deepest risk. Will he be in time to save them? Or will the only thing left be revenge? 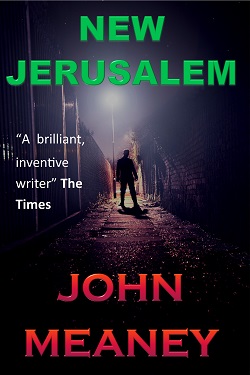 The year is 1962, in a different world. The setting is New Jerusalem: the free Jewish state, founded in 1948, that occupies 15 percent of pre-war Germany. Cold war is a growing threat, made more likely by a neo-Nazi resurgence in Outer Germany.
David Wolf is a scientist and a spy, tragically in love with a woman who can never be his.
When treachery, betrayal and weapons-grade uranium mix together, can one lone Wolf possibly save lives and a fragile peace from total annihilation?
Also out... THE RAGNAROK TRILOGY in a new US/Canadian edition. 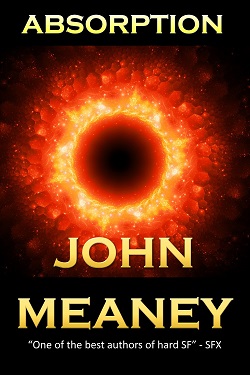 From across a cosmic void, the Darkness moves. At scattered points in human history, some individuals become its tools, while others stand against them: Ulfr, a young Viking; Gavriela, pioneering physicist and World War 2 cryptographer; Roger Blackstone, a 27th century mu-space Pilot.
There are others, but will they be enough to save humanity's descendants a million years from now, when the Darkness and its forces reach the heart of our galaxy?


John Meaney... a brilliant, inventive writer... Absorption is his most compelling and accomplished work yet... he may produce his masterpiece in The Ragnarok Trilogy...Absorption is the best hard science fiction I've read this year, well written, exciting, mysterious, full of interesting characters and ideas... The Times, London
For readers of my Tristopolis books, please note that Black Blood and Dark Blood are the same book, released under different titles by different publishers, either side of the Atlantic. (If you buy books online, it's not obvious when you're buying a foreign import, which might be a different edition of something you already own.)